Mind The Facts is a digital-only news platform, that aims to share and unveil European journalism. Breaking language bubbles, exposing relevant facts, changing perspectives, and using a fair retribution system for the writers and contributors.

The identity is built on a spinning movement, representing change. As the earth rotates, points of view can also be altered and find another focus. This single rotation is the core of a language, which is extended to headlines, texts, illustrations and key interactive elements throughout the different digital products.

Following an investigation on user journeys and behaviours, we developed the architecture of the platform, which has a double target: readers and journalists. The platform includes modular elements targeting each user group, in order to produce activation: subscription or contribution. 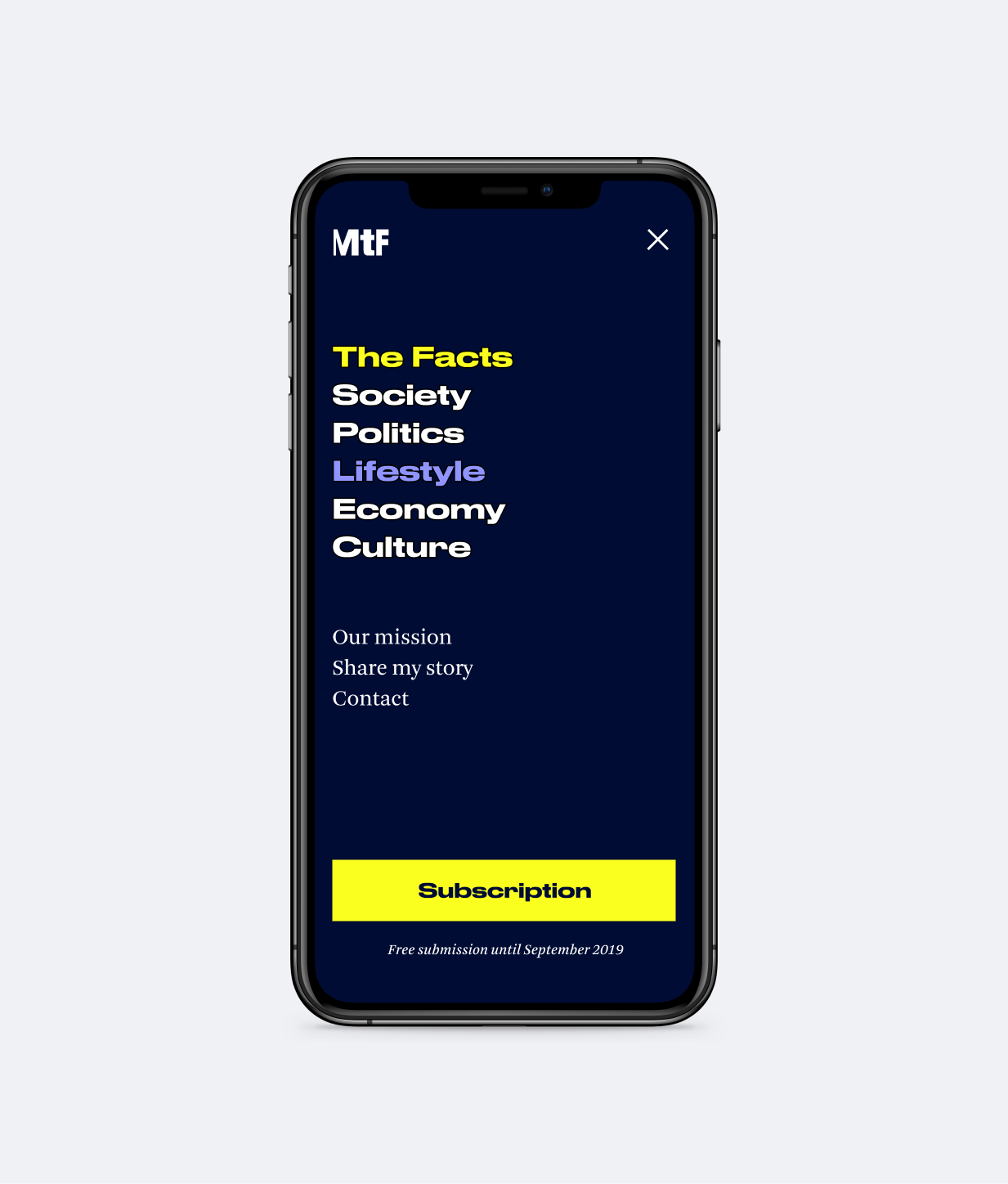 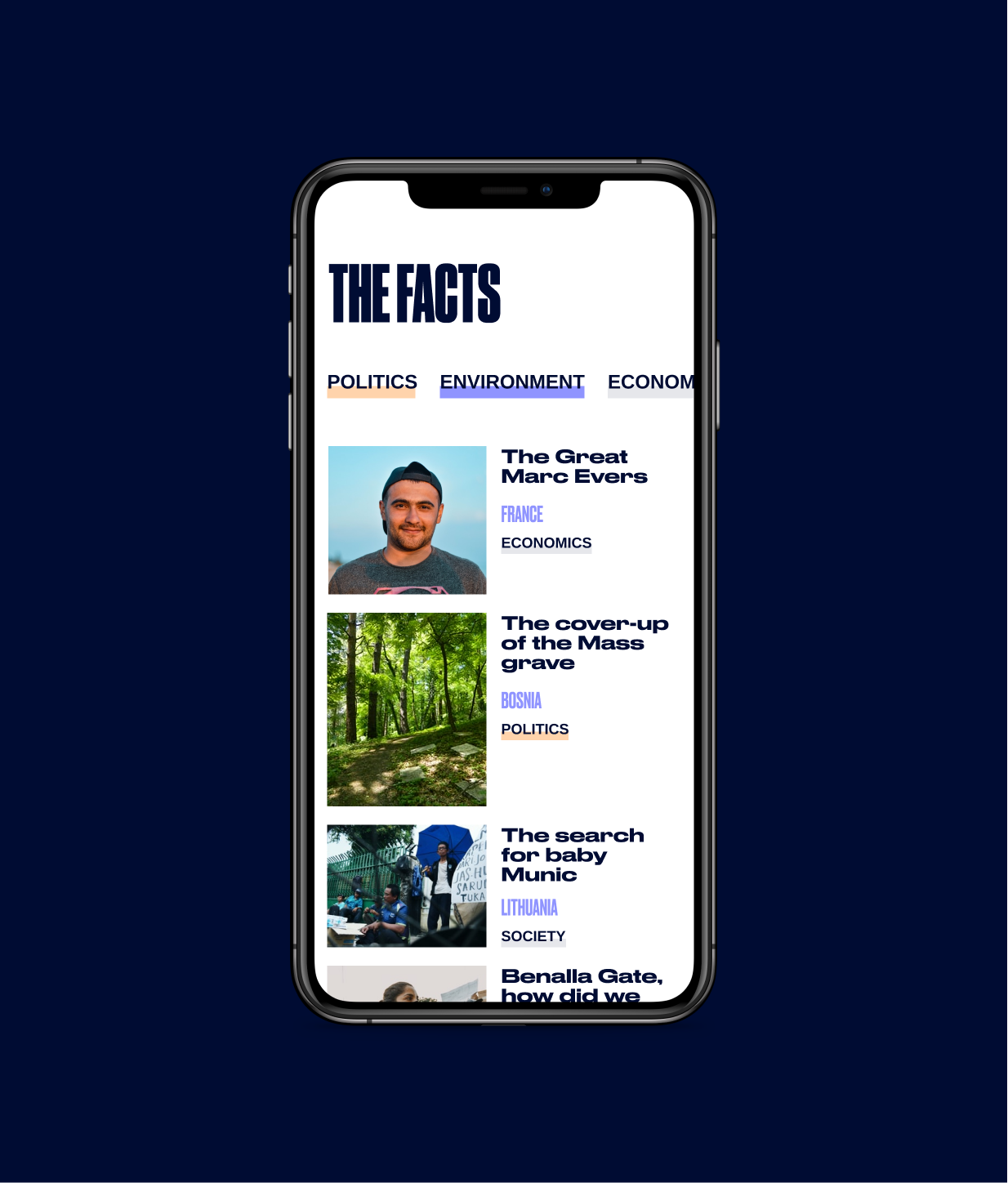 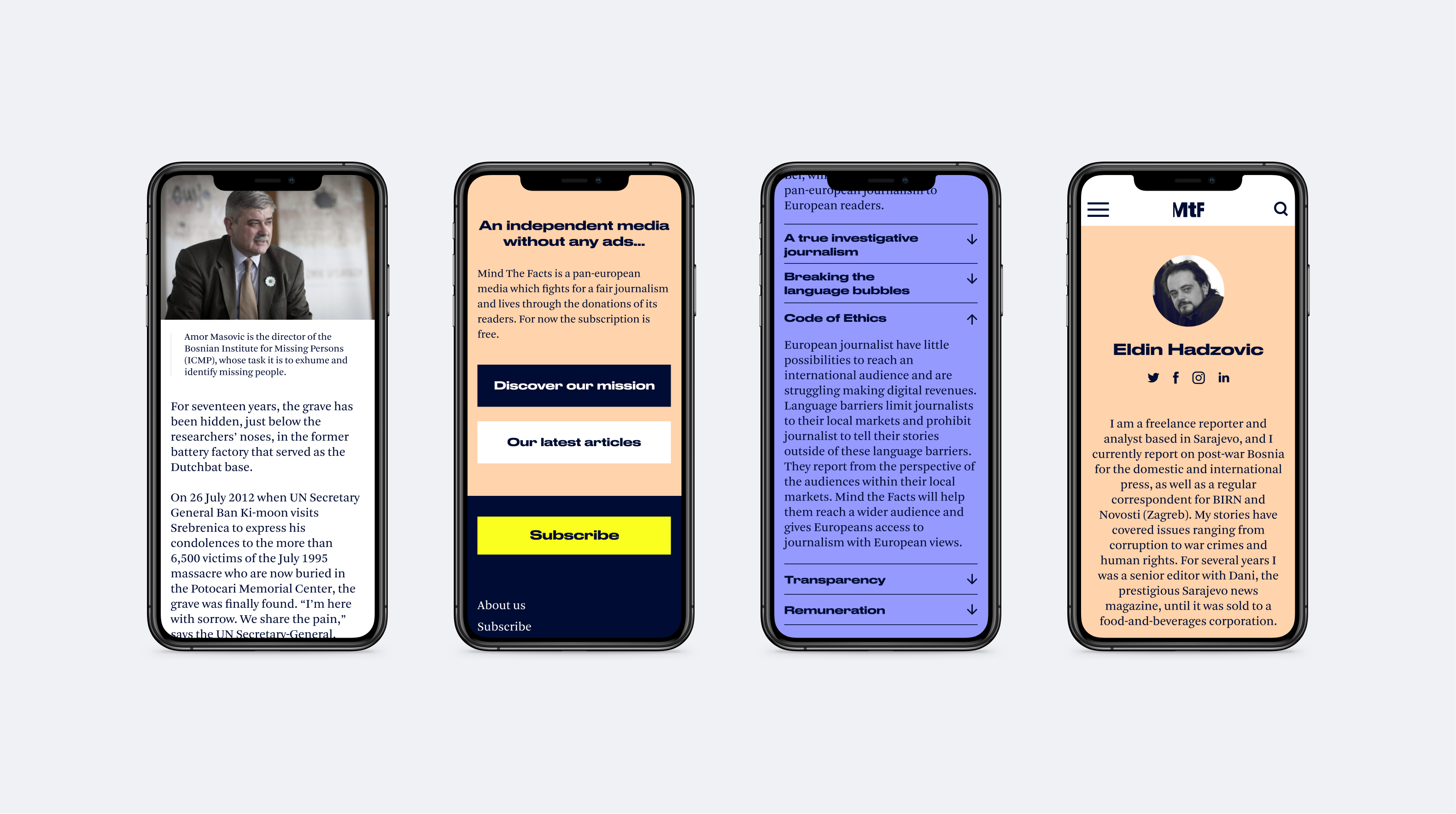 The spinning and sliding motion is applied on many levels, including on micro elements.

On awareness campaigns, stationery and printed items, the typographical system is implemented in a cinematic way. Headlines are repeated with a spinning movement to reveal the text. 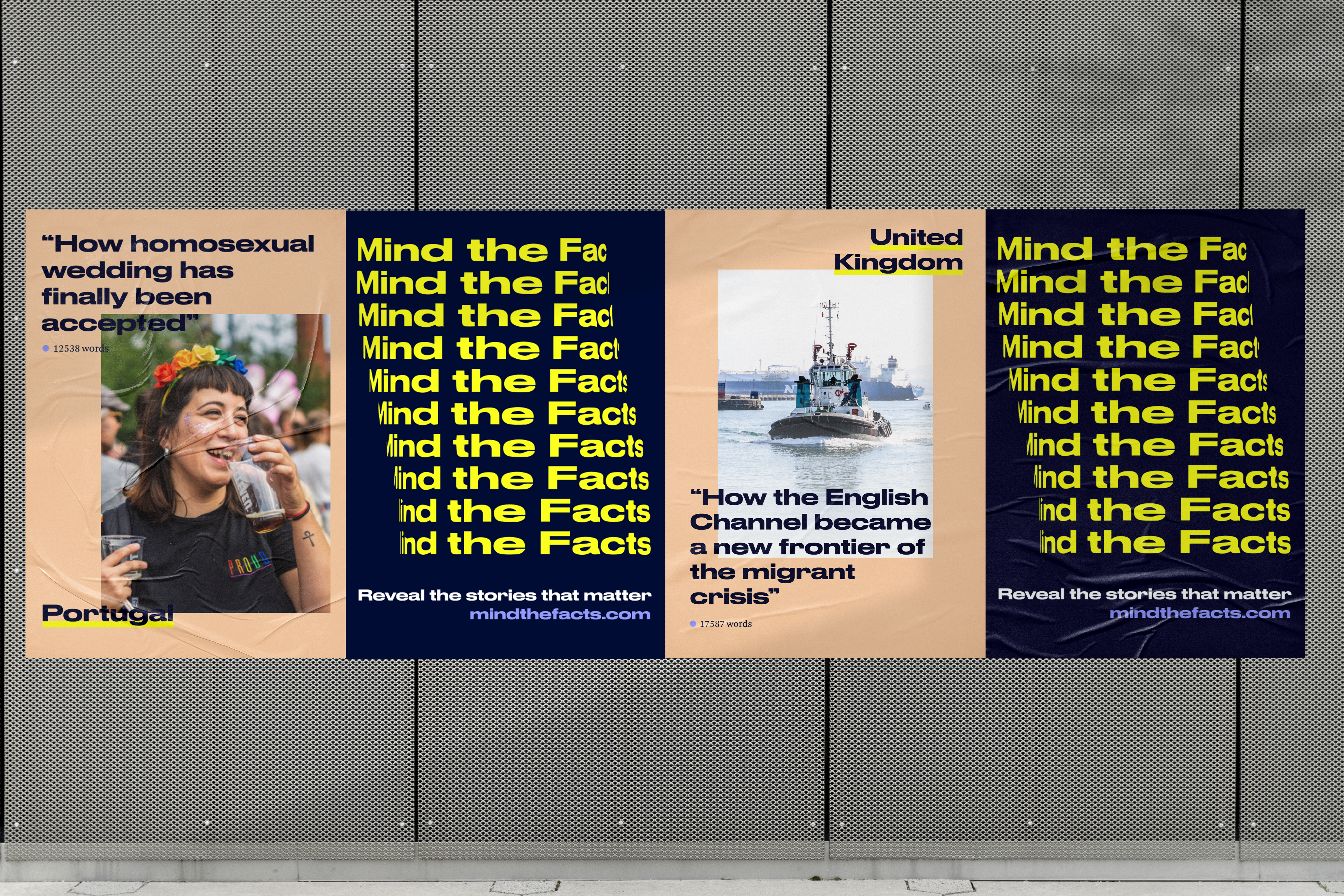 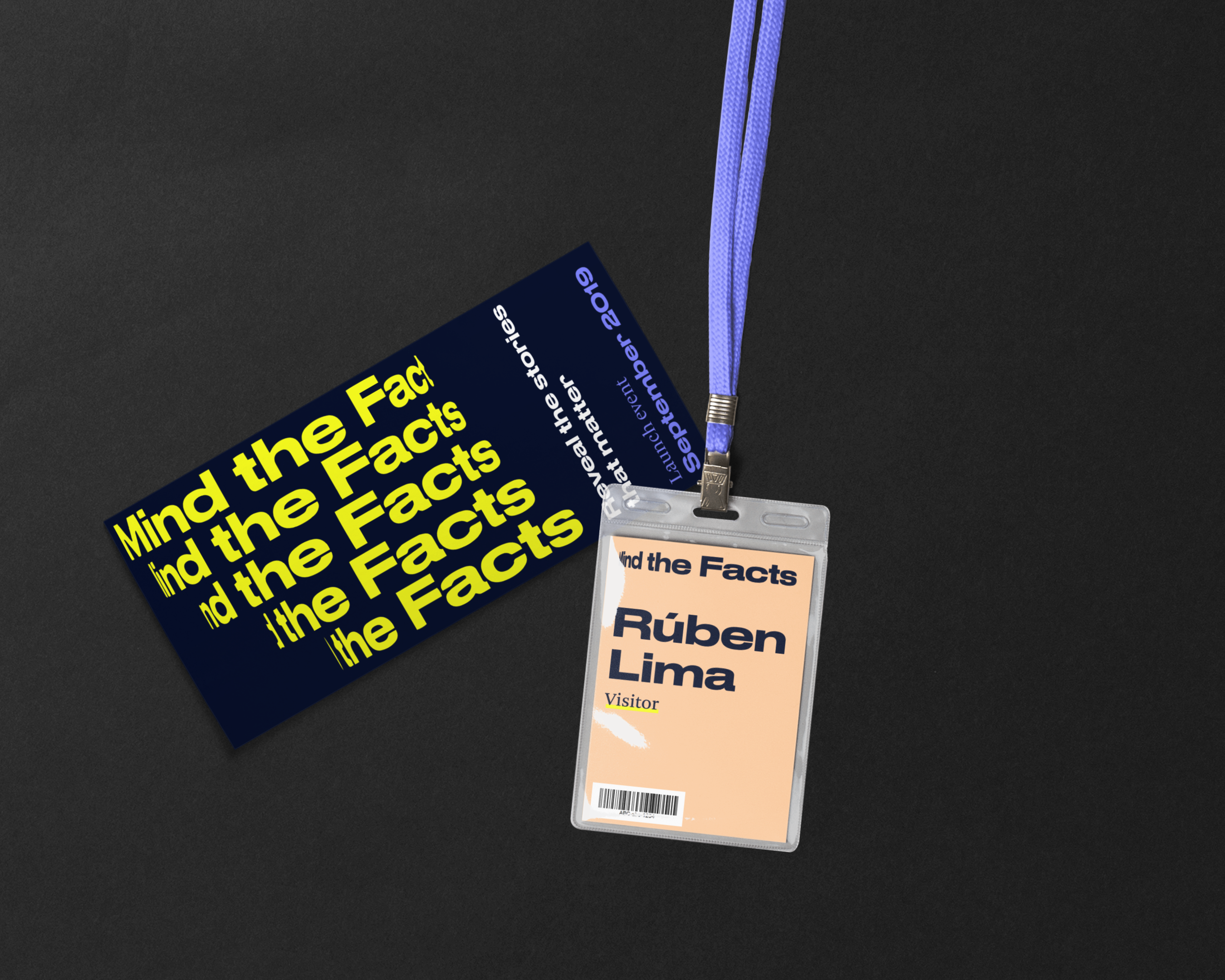 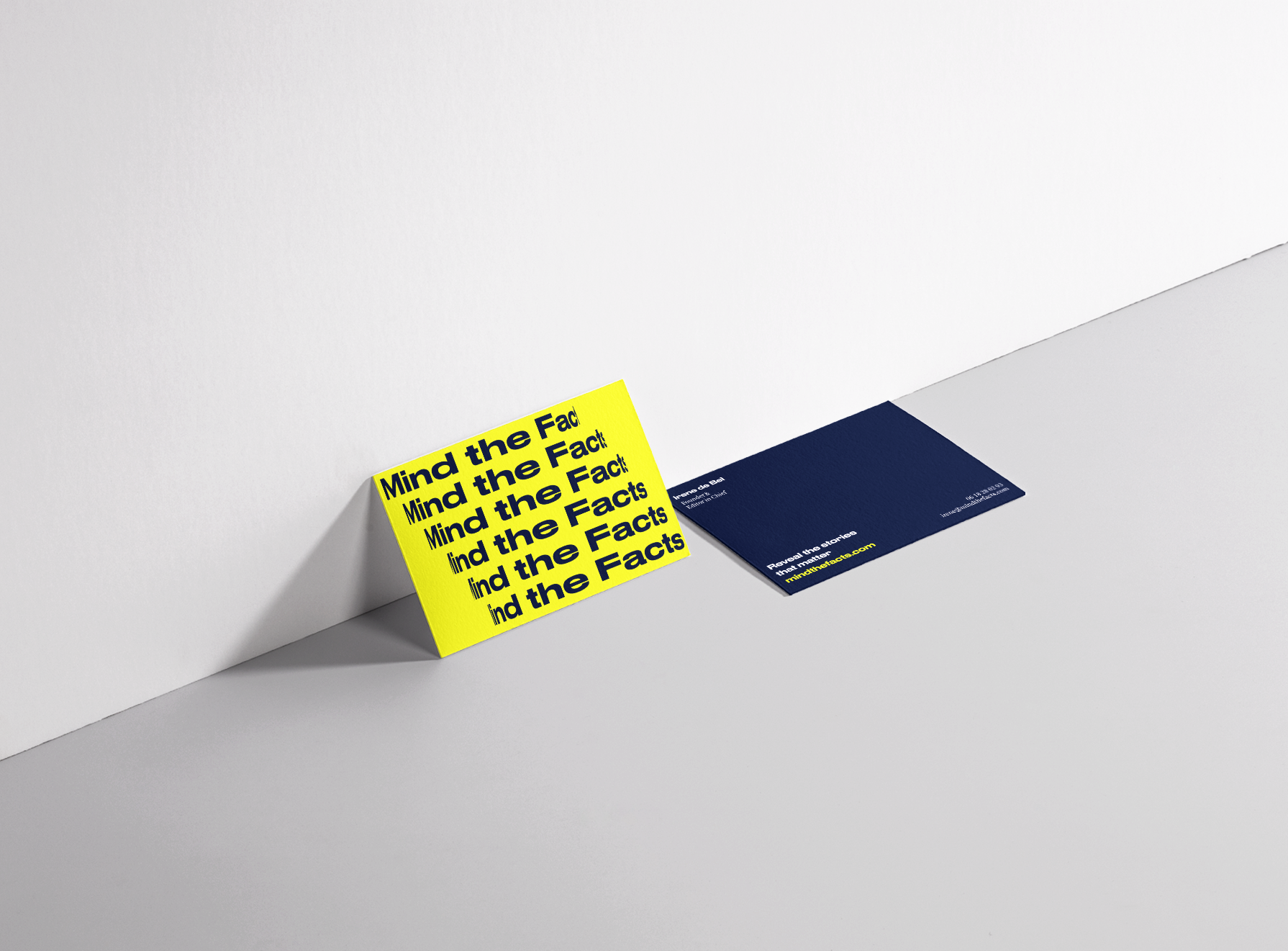 This project received a European Design Award in the category ‘Digital Identity Application’.